Homeopathy is a 200-year-old system of healing that uses remedies made with very small amounts of natural substances from the plant, mineral, and animal kingdoms to stimulate the body’s ability to heal.

While Classical Homeopathy assists the individual one ingredient or remedy at a time, combination homeopathic (more than 1 ingredient) are commonly used in our increasingly polluted world for our complex health problems whether seasonal or chronic.

Since there are no side effects with homeopathy, remedies can be safely combined, working together to strengthen and support organs to speed up the body’s response and recovery.

Homeopathics are based on the principle of “Like Cures Like,” and the smallest particle size that will obtain results and that will treat like challenges in the body, kind of like allergy shots. According to Dr. Hahnemann, the founding father of homeopathy, “Each individual case of disease is most surely, radically, rapidly, and permanently annihilated and removed only by a medicine capable of producing (in the human system) the most similar and complete manner of the totality of the symptoms.” In other words, the same substance that in large doses produce the symptoms of an illness, in very minute doses relieves it.** 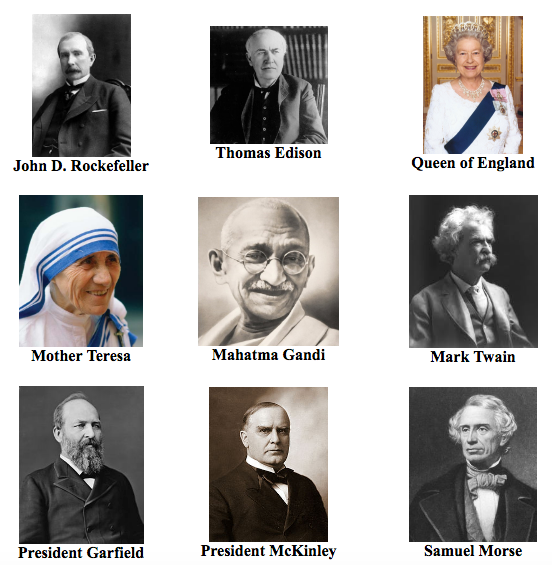 According to Dr. Hahnemann, “Each individual case of disease is most surely, radically, rapidly, and permanently annihilated and removed only by a medicine capable of producing (in the human system) the most similar and complete manner of the totality of the symptoms.” In other words, the same substance that in large doses produce the symptoms of an illness, in very minute doses cures it.**

Dr. Hahnemann referred to this phenomenon as the Law of Similars, a principle first recognized in the fourth century B.C., by Hippocrates, who was studying the effects of herbs upon disease. This Law of Similars was also the theoretical basis for the vaccines of physician Edward Jenner, Jonas Salk, and Louis Pasteur.  They would “immunize” the body with trace amounts of a disease component, often a virus, to strengthen its immune response to the actual disease. Allergies are treated in a similar fashion by introducing minute quantities of the suspected allergen into the body to bolster natural tolerance levels.**

The More Dilute the Remedy, the Greater Its Potency!

Most people believe that the higher the dose of a medicine, the greater the effect. But the opposite holds true in homeopathy where the more a substance is diluted, the higher its potency. Dr. Hahnemann discovered this Law of Infinitesimal Dose by experimenting with higher and higher dilutions of substances to avoid toxic side effects.**

What does the “X” mean in homeopathy

Today, homeopathic remedies are usually prepared through a process of diluting with pure water or alcohol and succussing (vigorous shaking).
The “X” is a homeopathic decimal designation showing the remedies potency. (POTENCY = the Strength of a homeopathic remedy.)  Potency (X) is shown after the remedy (ingredient) name.

Homeopathic remedies are classified into three levels of potencies: X, C and M; referring to 10, 100 and 1,000 in terms of the amount of dilution.

Homeopathic remedies begin with part of the original substance dissolved in alcohol, called the mother tincture. The mother tincture is then diluted many times. After each dilution, the solution is shaken or “succussed”.

A 1X potency is created by mixing 1 part of the mother tincture and 9 parts alcohol or distilled water.   In each successive number (increasing the potency 2X, 3X, 6X ), 1 part is taken from the previous potency and diluted according to the new potency.

Homeopathy is a complete system of natural medicine that can have a therapeutic effect on almost any disease or health condition. “Homeopathy has been a tremendous value in reversing diseases such as diabetes, arthritis, bronchial asthma, epilepsy, skin eruptions, allergic conditions, mental or emotional disorders, especially if applied at the onset of the disease,” states George Vithoulkas, Director of the Athenian School of Homeopathic Medicine in Athens, Greece. “The long-term benefit of homeopathy to the patient is that it not only alleviates the presenting symptoms but it reestablishes internal order at the deepest levels and thereby provides a lasting cure.**

Increasingly, clinical studies are supporting the effectiveness of homeopathic remedies. In a recent article published in the British Medical Journal, 107 controlled clinical studies (performed between 1966 and 1990) were reviewed. Eighty-one of these studies showed that homeopathic medicines were beneficial in treating headaches, respiratory infections, diseases of the digestive system, ankle sprains, postoperative infections and symptoms, and other health-related disorders.**

Studies attesting to the effectiveness of homeopathic treatment for rheumatoid arthritis have appeared in both The Lancet and the British Journal of Clinical Pharmacology. In a Double-blind study on the effects of homeopathic remedies on influenza, it was found that twice as many of the patients who took the homeopathic remedy were cured in forty-eight hours, as opposed to those who took a placebo, as reported in the British Journal of Clinical Pharmacology.**

Homeopathy was founded in the late eighteenth century by the celebrated German physician Samuel Hahnemann, known for his work in pharmacology, hygiene, public health, industrial toxicology, and psychiatry.  Reacting to the barbarous practices of his day, such as bloodletting (the use of leeches), and toxic mercury-based laxatives, Dr. Hahnemann set out to find a more rational and humane approach to medicine.**

Dr. Hahnemann’s breakthrough came during an experiment in which he twice daily ingested cinchona, a Peruvian bark well known as a cure for malaria. As soon as he stopped taking the cinchona, his symptoms disappeared. Dr. Hahnemann theorized that, if taking a large dose of cinchona created symptoms of malaria in a healthy person, this same substance, taken in a smaller dose by a person suffering from malaria, might stimulate the body to fight the disease. His theory was born out by years of experiments with hundreds of substances that produced similar results. Based on his work, Dr. Hahnemann formulated the principles of homeopathy: Like cures like (Law of Similars). The more a remedy is diluted, the greater its potency (Law of the Infinitesimal Dose). An illness is specific to the individual (a holistic medical model).**

The Healing Crisis and Hering’s Laws of Cure

In homeopathy, the process of healing begins by eliminating the immediate symptoms, then progressing to the “older,” underlying symptoms. Many of these “layers” are residues of fevers, trauma, or chronic disease that were unsuccessfully treated or suppressed by conventional medicine. As the stages of homeopathic healing progress, the patient may get worse before feeling better. This is often referred to as the “healing crisis.” **

In the mid-nineteenth century, Dr. Constantine Hering, the father of American homeopathy, stated that healing progresses from the deepest part of the body to the extremities; from the emotional and mental aspects to the physical; and from the upper part of the body (head, neck, ears, throat) to the lower part of the body (fingers, abdomen, legs, feet). Hering’s Laws of Cure also state that healing progresses in reverse chronological order, from the most recent maladies to the oldest. By Hering laws, homeopaths are able to track the progress of their treatment and restore a patient’s health, layer by layer.**

* These statements have not been evaluated by the Food and Drug Administration. This product is not intended to diagnose, treat, cure, or prevent any disease.

Discover the Keys to Great Health!

Let me assist you in your journey to have the best health possible.